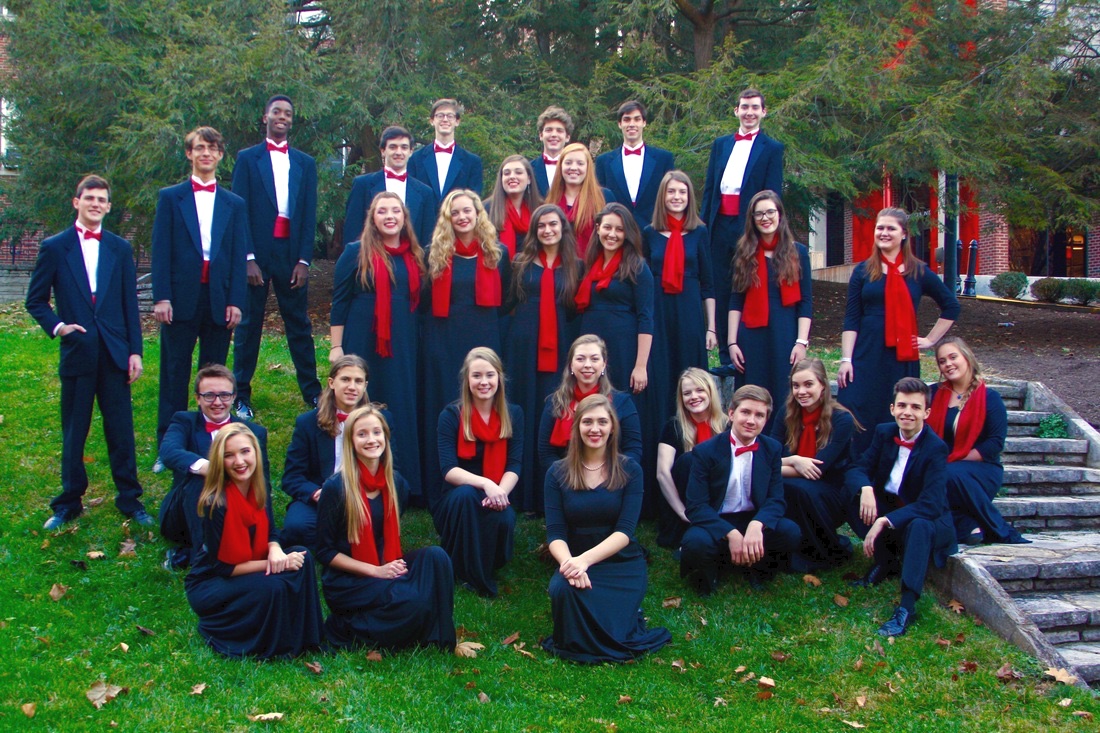 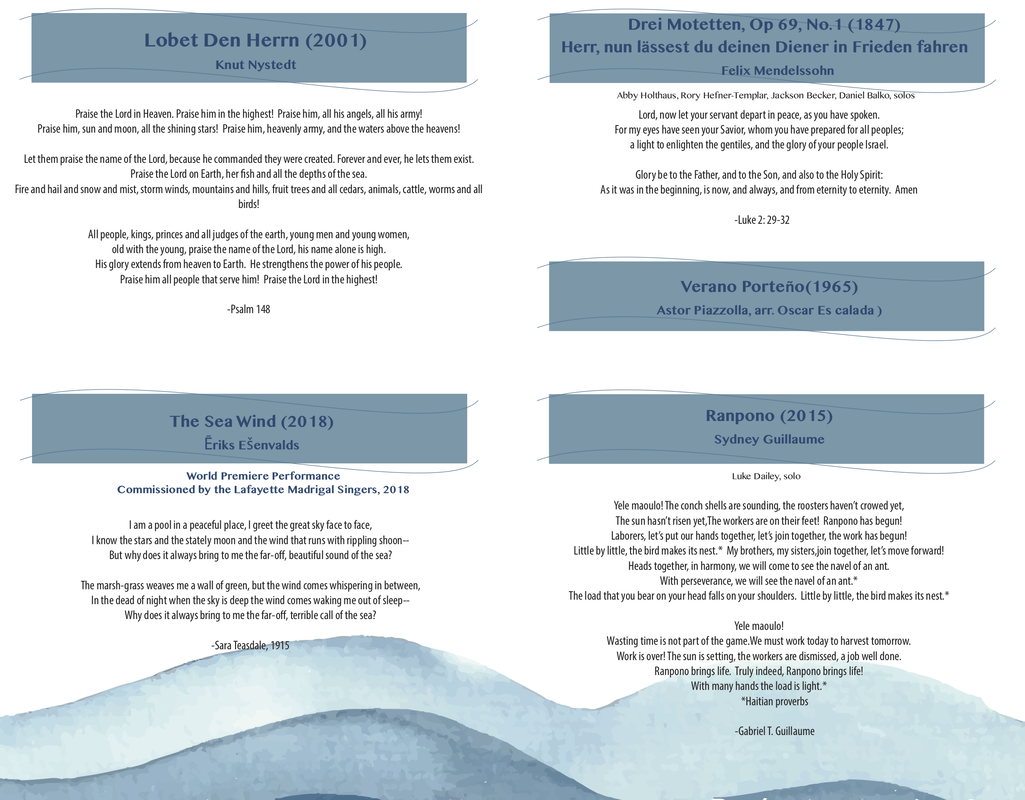 Time and again, though history, music has shown the power to transcend boundaries; not only of place but of time, the heavens and earth, now and forever. Our program includes music representative of a variety of places and cultures, music created with the consideration of what is possible, not necessarily what currently is. The texts represent themes of connectedness and unity not only among peoples, but within all creation.

Over the course of his 60-year career, Knut Nystedt (1915-2014) was regarded as one of Norway’s foremost composers and conductors. He was knighted by the King of Norway for his contribution to Norwegian music. Our program opens with the rhythmic and joyful setting of Nystedt’s Lobet den Herrn characterized by frequently changing meter and vibrant text setting. Lobet den Herrn extols all to sing praise in unity: all peoples, all creatures, the heavens and Earth.

Felix Mendelssohn was filled with grief after the passing of his beloved sister Fannie. It was during this time of profound grief that he wrote his setting of the Song of Simeon text, the Nunc Dimittis. Herr, nun lässest du deinen diener in frieden fahren was among Mendelssohn’s final compositions written in 1847, the year of his own death. Though Mendelssohn’s motets are lesser-known, they represent some of the finest writing in choral music. As is customary, Mendelssohn concludes his Nunc dimittis setting with the Gloria Patri which itself closes with the words, “as it was in the beginning and always will be from eternity to eternity.” Music seeks to transcend boundaries of place and time, Earth and the heavens, now and forever.

The Sea Wind was commissioned by the Lafayette High School Madrigal Singers to premiere at the 2018 ACDA Southern Division Conference. Ešenvalds selected a text by his favorite American poet, Sara Teasdale. The Sea Wind was published in 1915 in Teasdale’s third collection entitled Rivers to the Sea which earned bestseller status and several reprints. A 1917 New York Times book review said of Teasdale that she, “is first, last, and always a singer.” Ešenvalds writes of his new work: In her poem Sara Teasdale draws an impressionistic miniature of a moment when freedom is being felt - the wind. It is not a moment of cheap joy. No. Sara's words express a very personal and inspiring minutes or hours which she caught that night and which made her to think about that calling voice of the far-off sea. I think I know this feeling too, and that's why I have painted the miniature with music. Ešenvalds, along with Teasdale, creates rich imagery of the sea and the interconnectedness of mankind to nature.

In the first half of the twentieth century, the rhythms of the tango worked their way from working- and lower-class neighborhoods of Argentina to the finest nightclubs in the world. Verano Porteño is a modern tango composed by Astor Piazzolla and arranged by Oscar Escalada. Piazzolla studied in Paris with Nadia Boulanger and returned to Argentina to became an influential composer in the tango tradition. Like the tango genre itself, Piazzolla continued melding musical elements from South America, Africa and Europe. He called his music in this style, “Tango Nuevo”. In Verano Porteño the singers sing syllables mimicking instruments and evoking the image of summer in Buenos Aires. The music of the tango perfectly exemplifies how musical and cultural influences throughout the world mix and meld and transcend boundaries.

Sydney Guillaume was born in Port-au-Prince, Haiti and takes great pride in his Haitian roots. His love for his homeland is one of his greatest inspirations. Guillaume hopes that his music will serve as an ambassador for his country and create an awareness of the beautiful culture that exists amidst economic and political turmoil. Guillaume says that:

“Ranpono is the grouping of peasants to execute community activities such as preparing siol for planting, harvesting and road and public building construction. It’s also a time for sharing and mutual aid while singing appropriate songs that can arouse the enthusiasm of the workers. It describes part of the lifestyle of a Haitian countryman.”

In concluding our program with Sydney Guillaume’s Ranpono, we share our belief that we are stronger working together than alone. We are all connected and must reach beyond our own real or imagined boundaries to meet our collective challenges. As Ranpono says, “My brothers, my sisters, join together, let’s move forward! Heads together, in harmony.” 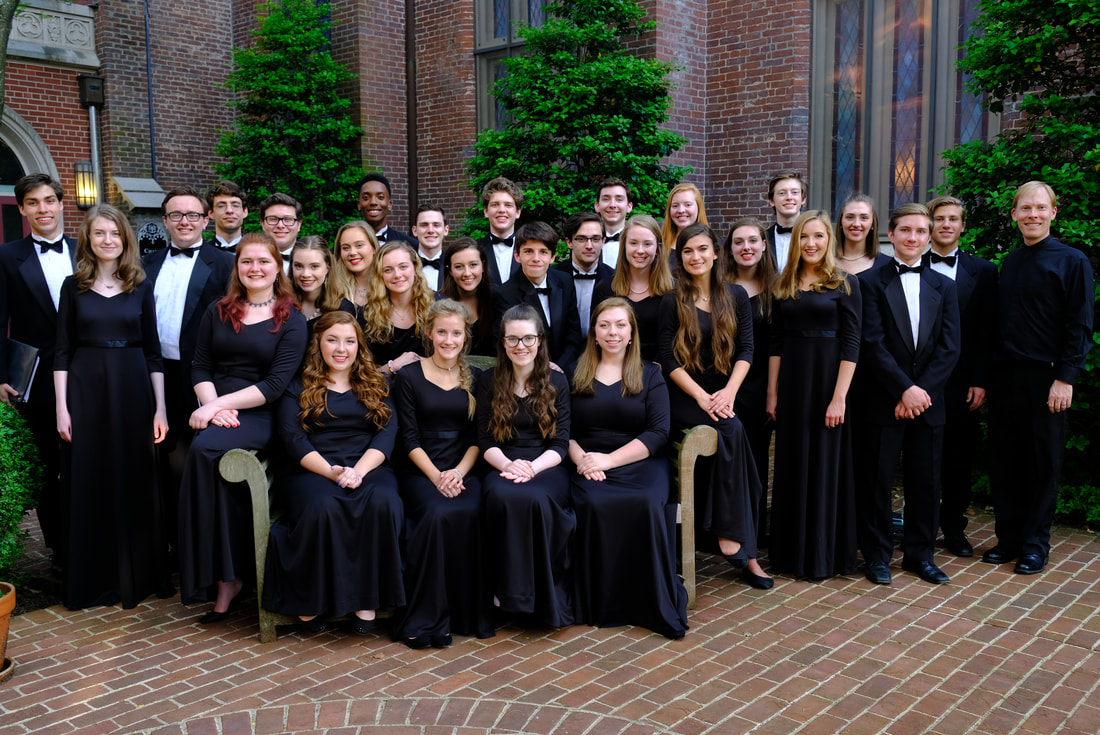 Lafayette opened in 1939 and was named for the Marquis de Lafayette,the famed French general of the Revolutionary War. Lafayette is one of six public high schools in Lexington and serves over 2000 students. The school combines a comprehensive high school curriculum with the School for Creative and Performing Arts (SCAPA) and pre-engineering magnet programs.
​
The music department at Lafayette has a long tradition of excellence in all areas. The Marching Band has been state champion nineteen times. The Orchestra has performed at the Midwest Clinic, and has been featured a number of times at the Kentucky Music Educators Association (KMEA) conference and will perform for the American String Teachers Association in 2018. Lafayette students have a wide variety of musical choices including a number of vocal ensembles; an instrumental program consisting of strings, wind band, percussion, jazz band and piano; music technology; and comprehensive visual and theatre arts programs.

As part of the (SCAPA) magnet students can choose a major in music (voice, band, orchestra, or piano), dance, art, creative writing, and theatre. SCAPA students are admitted to the program by audition. The vocal curriculum includes music theory courses, private voice study and ensemble singing. Voice students receive private instruction during their choir class once every two weeks, participate in performance/master classes, recitals, and juries.

The Madrigal Singers are state, nationally, and internationally recognized. The choir most recently performed for the American Choral Directors Association Southern Division Conference this past February in Louisville and last performed for that organization in 2010 in Memphis. The group performed for the KMEA conference in 2009 and 2015, and was awarded two silver medals at the World Choir Games in Cincinnati in 2012. The choir won a gold diploma and the mixed youth choir category in the Sing ‘N’ Joy International competition in Louisville in 2014. The choir competes annually in the University of Louisville Chamber Choir Competition and have won first place ten times. 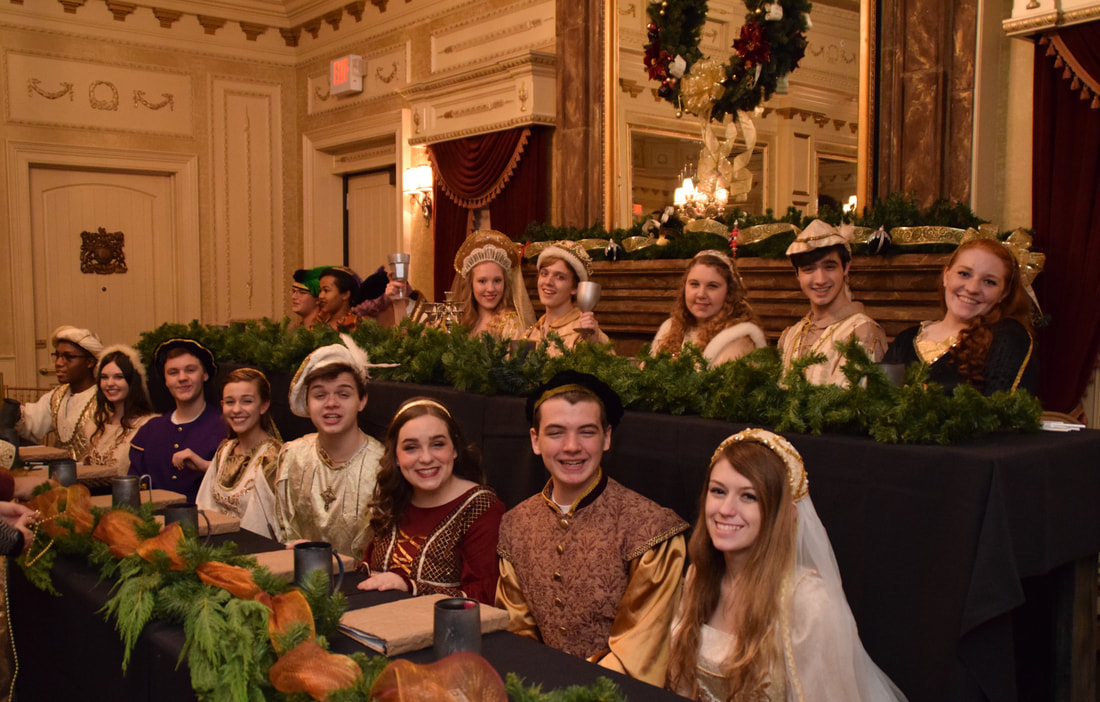